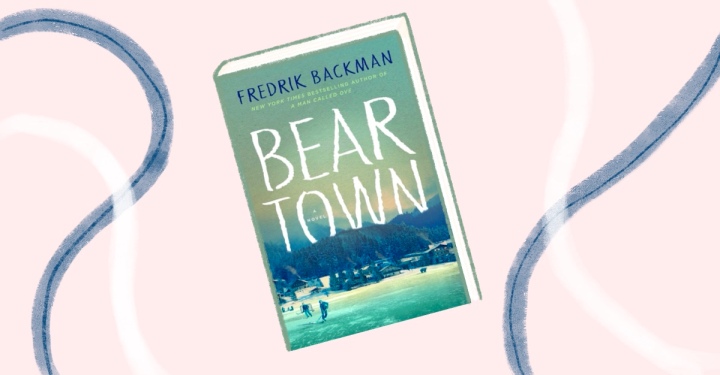 Honestly, I don’t want to write this review. I realize a three star rating isn’t bad, but I had such high hopes for this one that giving it anything less than four stars feels like a betrayal.

If we’re being frank, Beartown is about a rape in a small town. When I read books about a sensitive matter, such as this, I do feel a pressure to rate the story high. Often, I feel sucky rating a book low, but even more so when I know the subject is an important one. But in the vain of being honest, if not crude, I’ve read books that deal with this topic better.

Again, I appreciate what this book is trying to do. I don’t in any way want to diminish someone else’s experience, so if this book helped you: I am elated for you. However, from an objective point of view, as in pushing morality and taboo themes aside, this book was bloated. It gives you intel on the history and everyday lives of more than a dozen characters. Most of which don’t play a large role in the major overarching plot. In fact, there was a lot there that didn’t contribute to the story line. As a result, the book dragged and therefor weighed down its message.

Then there was the matter of Maya. To me, it became clear the author was using her as a tool to get his message across. Now you may be thinking, isn’t that what all authors do? Maybe, but to me it became especially prominent in this novel. I never felt like the author bothered to develop her as a character beyond the rape scene. In fact, I would argue he spent more time developing his side characters than her. It was as if she was used to get the plot moving, then discarded in order to explore the other characters’ reactions. Except I wasn’t interested in the other characters. I wanted to feel a connection with her. Instead, I felt like the author did her a disservice.

Overall, I’m sad I wasn’t able to love this. If you’re someone who enjoys books about small towns and hockey, then I’d say give this one a try. Personally, I wanted more than it delivered, in terms of plot and emotional involvement, and less of everything else.

looking for something specific?

time well spent 🌾
new favorite ritual 🍂
another summer, another fun Emily Henry 🤧🤍
long time no photo dump 🌷
Surprise! I have a shop and it’s now officially open so link in my bio!!
rough times mean you get bangs and read an Acevedo book: I don’t make the rules.

time well spent 🌾
new favorite ritual 🍂
another summer, another fun Emily Henry 🤧🤍
long time no photo dump 🌷
Surprise! I have a shop and it’s now officially open so link in my bio!!
rough times mean you get bangs and read an Acevedo book: I don’t make the rules.
Loading Comments...
%d bloggers like this: